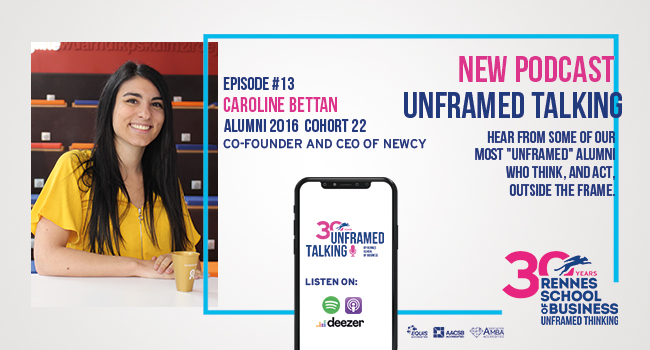 The new podcast “Unframed Talking” by Rennes School of Business features talks with a range of inspiring men and women who attended the School. These exceptional members of our Alumni talk about the challenges, successes and lessons learned in their careers so far, and the instances in which they thought, or acted, “outside the frame.”

In this episode of the podcast, we meet Caroline Bettan, Co-founder and CEO of Newcy.

Caroline is a graduate of the Programme Grande Ecole of Rennes School of Busines, which she obtained as a double degree along with the MSc in Innovation & Entrepreneurship in 2016. A student of Cohort 22, Caroline realised that her personal ambition was to support social entrepreneurs, later deciding to become an entrepreneur herself and to create her own company.

Supported by the Rennes School of Business Innostart incubator, she teamed up with three other students during her MSc in Innovation & Entrepreneurship and was able to put her ideas, desires and ambitions into practice with a project that corresponded to her personal values: ecology and CSR. A few months later: Newcy was born! Newcy is short for New Cycle, a system of reusable cups, which reduces waste, especially within companies. This revolutionary idea convinced many to change their existing systems, including Rennes School of Business that has been using the system since it was first created.

Find out more about Caroline’s journey (podcast in English) 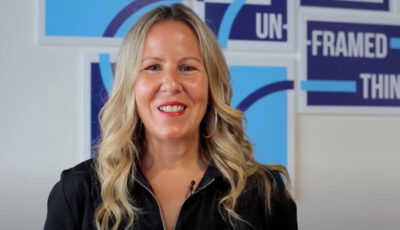