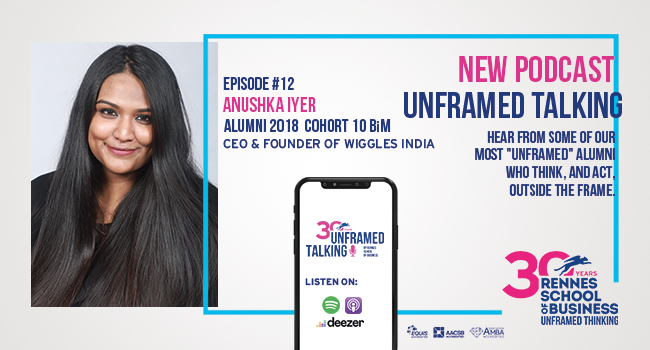 The new podcast “Unframed Talking” by Rennes School of Business features talks with a range of inspiring men and women who attended the School. These exceptional members of our Alumni talk about the challenges, successes and lessons learned in their careers so far, and the instances in which they thought, or acted, “outside the frame.”

In this episode of the podcast, we meet Anushka Iyer, Founder and CEO of Wiggles.

“My passion is to enter uncharted waters and disrupt them.” In this podcast, Anushka looks back at her years at the school which brought her so much, both personally and professionally, and the Unframed Thinking signature that represents the school and which pushed her to step out of the box and start her own company – Wiggles.

A member of the Indian Women’s Chamber of Commerce, Anushka Iyer has just been ranked by Forbes as one of the top 30 entrepreneurs in Silicon Asia.

A female leader. Because the founder of the Indian pet care start-up Wiggles is first and foremost a committed manager: “Women need to support each other on their way to the top. More and more female leaders need to become role models and go against the grain.”

Anushka received the Alumni Distinguished Awards on the occasion of the school’s 30th anniversary!

Find out more about Anushka’s journey! 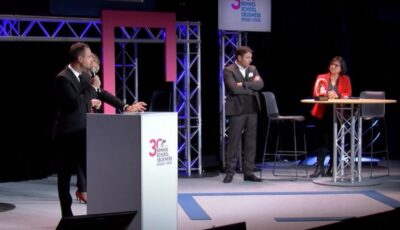