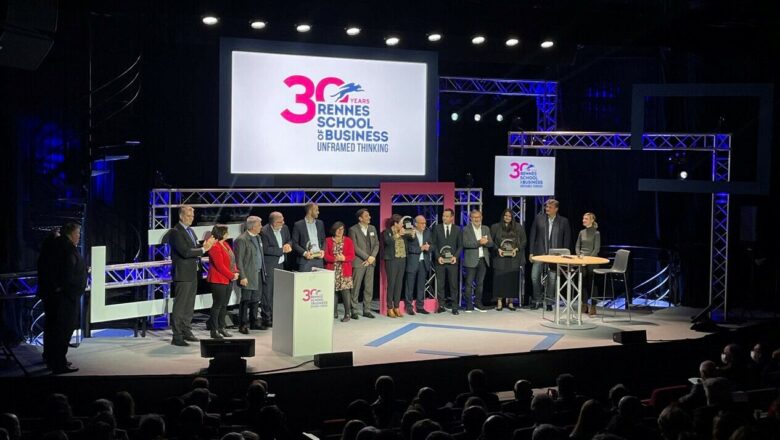 On 8 November 2021, Rennes School of Business opened the doors of Building 1 on its Rennes campus to celebrate the School’s 30th anniversary with a range of regional and international partners and members of its Alumni.

The event kicked off with an event hosted in the auditorium in partnership with TV Rennes and presented by journalists Stéphane Besnier and Aurélie Crété.
A series of speeches followed, starting with François Chatel, President of Rennes School of Business, and followed by Jean Yves Le Drian, the French Minister for Europe and Foreign Affairs, Loïc Bazantay and Pierre Jolivet, members of the Supervisory Board, Emmanuel Thaunier, Chairman of the CCi35 Chamber of Commerce and Soïg Le Brucheg former student of the School and CEO and Founder of Néo-Soft.

The evening was an occasion to look back at the history of the School since it was first founded in 1991 and to thank many of the key players in its development.To bring the presentation to a close, Trend Forecaster, Cécile Poignant gave a speech about blended futures, the world to come and the need for collective intelligence in the future, with Director General and Dean, Thomas Froehlicher and Academic Dean, Céline Azemar ending the ceremony with a word about the School’s bright future.

Participants ended the evening with canapés in the School’s emblematic ‘rue intérieure,’ the palm-studded internal walkway of Building 1 on the Rennes campus. 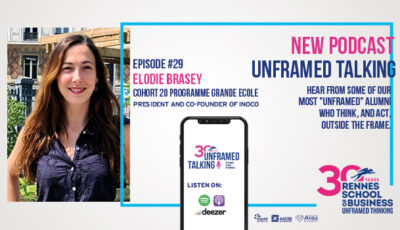 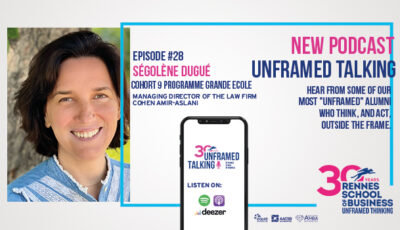